When Should You Consider Setting Up an Asset Protection Trust? 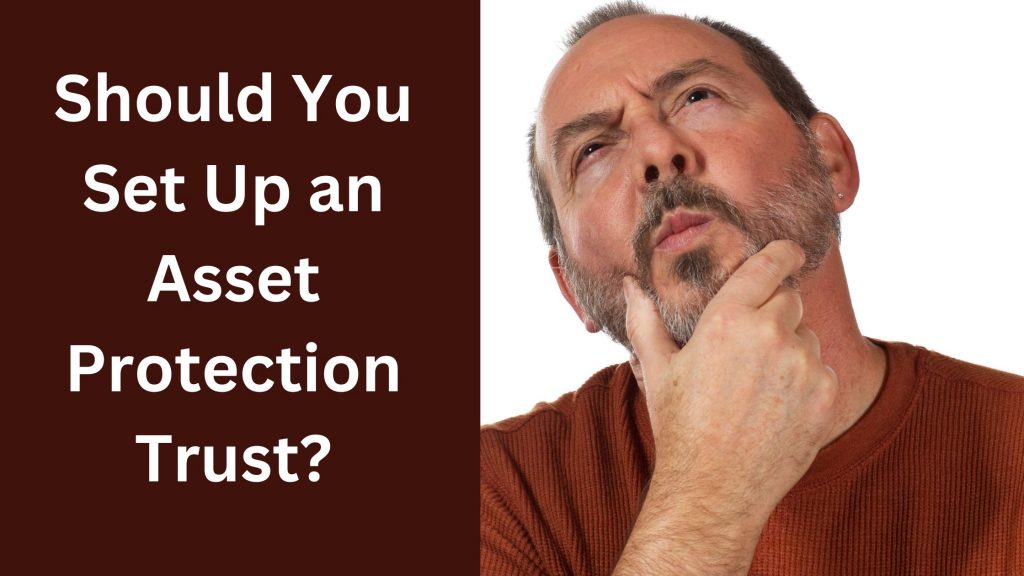 Setting up an asset protection trust can help you protect your assets from creditors, lawsuits, and other financial risks. It is a popular tool.  But it only works in these circumstances:

Learn more about the basics of setting up an asset protection trust and discover whether or not it would be beneficial for you.

What Is an Asset Protection Trust?

An asset protection trust is a self-settled spendthrift trust. The idea is that you establish and fund an irrevocable trust naming yourself as a beneficiary. The trustee is an independent party who can make distributions from the trust to you, but not to your creditors.

This means that the grantor can give money or assets to an independent trustee of an “asset protection trust,” also known as an APT, so future creditors can’t get those assets. It also promises that the trustee can give the assets back to you at any time.

This all sounds great. What’s the problem?

(By the way, the Second Pillar of Asset Protection is that creditors cannot limit your use and enjoyment of your money. So, offshore asset protection trusts fail this standard.)

Domestic Asset Protection Trusts (DA)Ts) also have a horrible record when it comes to protecting people from creditors. In 2017, the Nevada Supreme Court expressly upheld the validity of Nevada’s “self settled spendthrift trust” statute. The case was Klabacka V. Nelson. That case is like the exception that proves the rule. (The rule being that DAPTs don’t work.)

As Jay Adkisson explains in another Forbes article:

As of late 2021, the following states allow the formation of a domestic asset protection trust:

As you can see, DAPTs are only permitted in a minority of states. The majority of states (including Arizona) view them as being against public policy. Historically, courts do not like the idea of someone transferring assets in trust for the benefit of himself/herself, and claiming that those assets are off limits to creditors.

Here’s a visual to show when a DAPT will work and when it won’t.