PrevPreviousWhy Not Put Your Checking Account In Trust?
NextWhen Does a Probate Lawyer Get Paid?Next 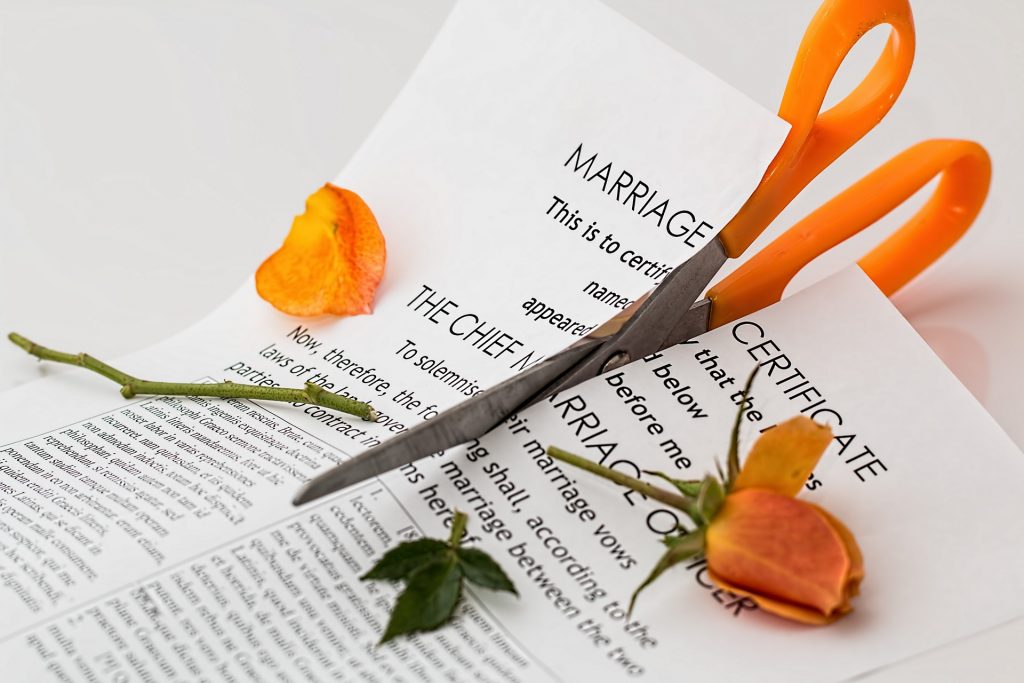 Do you want your ex-spouse inheriting from you? Should your ex-spouse control your money? Do you want you ex-spouse to make healthcare decisions for you? If not, then you need to read the Estate Planning Checklist For People Going Through Divorce. It includes 19 mistakes to avoid to make sure your wishes are carried out.
GET THE CHECKLIST

Let me tell you a story. I was sitting in my office when I received a call from a middle-aged lady. She was upset because her mother had recently died. And her mother’s IRA was all going to stepfather. They had divorced two years earlier. The daughter was shocked to learn that the IRA would go to an ex-spouse.
I had to explain to her that that’s what federal law states. A beneficiary designation on an IRA trumps whatever the divorce decree says. There was nothing I could do.
Now I’m sure this is not what the deceased mother had wanted. But the reality is that she should have updated her estate plan. And that should have included reviewing the beneficiary designations on her various account.
There are 19 mistakes that divorced people make. They are all too common. And they are also easily preventable. That’s why I created the Estate Planning Checklist For People Going Through Divorce.
GET THE CHECKLIST

I still get upset thinking about this situation. A man called me a while back. His father was in hospice. He only had two or three more months to life.

The man wanted me to help him be able to see his father. I was shocked that he wasn’t being allowed to. However, his father had named his now wife as the agent in his Healthcare Power of Attorney.

The father had filed for divorce from the stepmother. But time went by, and the divorce process was never finished. Then the father’s health started declining rapidly. Before long, he was in hospice with only a short time to live.

The two children were never allowed to see their father before he died.

And then to add salt to the wound, the stepmom was the primary beneficiary on dad’s trust. And the father had added her as a joint owner to his checking account and house.

Maybe it was the romantic in him. He was hoping that he and his wife would reconcile. But that never happened.

And to add even more salt to the wound, the stepmom through away all of the family photographs and the father’s military medals.

We can help you. We have been helping people just like you for over 20 years. Attorney Paul Deloughery is rated Pre-Eminent by Martindale-Hubbell. He can help you avoid the 19 mistakes on the checklist.

So grab your copy of the Estate Planning Checklist for People Going Through Divorce. And then give us a call at 602-443-4888. We’re here to help.