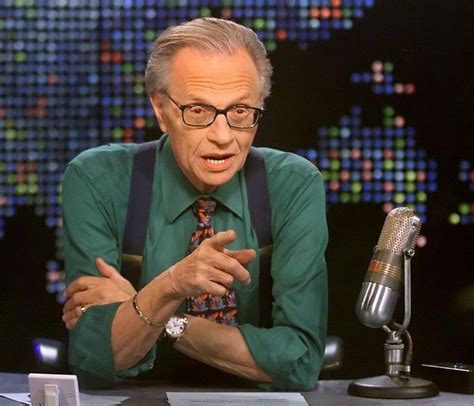 (Do It Yourself estate planning makes a mess)

Talk show host Larry King died on January 23, 2021. He was known for getting to the point in his interviews with short, direct, and uncomplicated questions. Larry King’s will was equally short and direct; it shut his soon-to-be ex-wife of 22 years out of his $2 million estate.

Shawn King, whom he was in the middle of divorcing, is now contesting that document.

The pair filed for divorce in August 2019. Two months later, King allegedly handwrote a will directing that 100% of his assets be divided equally among his five children. It did not mention Shawn at all.

Shawn thinks someone pressured her husband to write it, according to a Page Six report. However, she did not elaborate.

By the way, it is common for a family member or caregiver to pressure an older person to change estate plan documents. Older people are often lonely and isolated and can be easily manipulated. The relationship goes something like this.

Older person who can no longer drive: Can you get me some milk and eggs from the store?

Caregiver: Oh, I’m sorry. I can’t today. I have to take my son (who happens to be a no-good, unemployed loser who can’t drive due to a DUI) to move out of his apartment. He lost his job and now doesn’t have a place to live. And I don’t have enough money to help him. So, I’m going to go sell some plasma and my mother’s wedding ring. (Note the passive-aggressive sob story.)

Older person: Oh, sweetie! Let me help you. How much will it cost for an apartment for your son?

Pretty soon, the older person has changed his estate plan to put the caregiver on as sole beneficiary, and has changed the pay-on-death beneficiary designations on his financial accounts.

I have no idea if Larry King could still drive at the end. And I don’t know how much he relied on others for his daily needs. But, if Larry King happened to change his will under pressure from his kids, it would not surprise us here at Sudden Wealth Protection Law. We see it all the time.

Of course, it makes perfect sense for King to have changed his will to benefit his kids over a wife that he was divorcing. What he could have done differently, however, is to spend a little money to have it professionally prepared by an attorney who would have ensured that Larry King’s will was properly witnessed and notarized. The lawyer could have interviewed King on video answering questions about his motivation in changing the will and documenting (on camera) that he was thinking clearly.

The Problem with Larry King’s Will

“We had a very watertight family estate plan,” she said in the Page Six article. “It still exists, and it is the legitimate will. Period. And I fully believe it will hold up.” She said they wrote the plan together in 2015. The couple’s divorce had not yet been finalized at the time of his death.

His estate proceedings are even more complicated now, however. The latest will also includes two of his children who died in 2020. Shawn was his seventh wife.

His son, Larry Jr., has asked to be appointed the estate’s administrator, TMZ reported. Larry King’s net worth was estimated at $144 million, according to TMZ. His estate (referring to assets that were not in King’s trust) was worth roughly $2 million. King, 87, reportedly died from COVID-19, but Shawn said an infection called sepsis was the actual cause of death, according to Entertainment Tonight.

This is not the first time a celebrity’s estate planning has proven messy. Chadwick Boseman, star of “Black Panther,” didn’t have a will when he died in 2020, as is the case for many Americans (including late performer Prince). Comparatively, even when there is a will, it can be complicated, as was the case for John Mahoney, who played the dad in “Frasier,” when he had a list of 38 beneficiaries at his death in 2018.

Basic Components of an Estate Plan

Estate planning can be tedious when there are so many assets at stake, but the process is still necessary — regardless of how high or low an individual’s net worth may be. There are crucial documents most people should have, including

Don’t Leave a Mess for Your Loved Ones

If you want to update your estate plan documents, we can do that remotely or in person.

We have also changed the procedure for estate planning. We now conduct Strategy Sessions. We charge $500 and then we gather all of the relevant documents and information. That allows us to come to the meeting prepared to discuss details. It also prevents us from making mistakes like what happened in Larry King’s situation (with assets that we never transferred to his trust and had to go through probate).

Out of the Strategy Session you will receive:

The $500 is fully refundable in case you believe the Strategy Session was not worth it. And it can be applied towards any legal future work.

Book your Strategy Session TODAY.  On the link, you can choose whether to meet by phone, Zoom or in person.